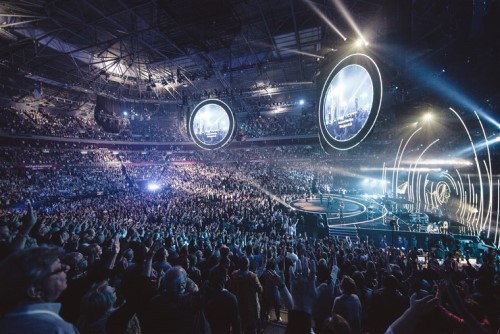 Hillsong is one of the best Christian bands ever and a community from Australia, which has formed offshoots in almost all major cities of the world. And Hillsong Worship plays a significant role in the worship market with an audience on Spotify of over 5 million each month. They are mixing modern pop with profound and emotional anthems. At Hillsong you can distinguish between the bands Hillsong Worship, Hillsong United and Hillsong Young & Free, which appeals to a younger audience. 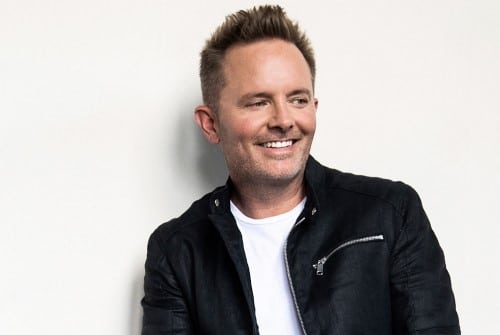 Chris Tomlin was born in Texas in 1972 and has flooded the US Christian music market with his very moving songs. He has been in the US charts numerous times, has received many awards and his songs sometimes have over 60 million clicks. His kind of worship comes very close to the kind of Hillsong, although he often uses keys that normal worship leaders can’t sing due to his impressive high voice.

Bethel Music is a community of worship musicians and artists based in Redding, California. Originating from the Bethel

Church’s local worship service, Bethel Music produces songs and albums written and recorded primarily by members of their artist collective.
According to her website, Bethel Music intends to write songs that express who God is and who we are in Him. Bethel Music wants to create a new expression of worship at every stage of life and make music that resonates with individuals and worship communities around the world.

Elevation Worship is a contemporary worship music band, one of the best Christian Bands and of the Elevation Church in Charlotte, North Carolina. Former members include Mack Brock and London Gatch. The band conducts worship in weekend services, gives concerts and tours in the United States. They previously toured with other contemporary Christian bands such as Hillsong Worship, Kari Jobe, Jesus Culture, Rend Collective, Passion and others.

Philip David Wickham (born April 5, 1984) is a contemporary Christian musician, singer and songwriter from San Diego, California. Wickham has released nine albums, Give You My World 2003, a self-titled album in 2006, Cannons 2007, Singalong 2008, Heaven & Earth 2009, Response 2011 and Singalong 2 2012, The Ascension 2013, Sing-A-Long 3 2015 and Children of God 2016, Living Hope 2018. He has also led the worship of Soul Survivor. His critically acclaimed single “This is Amazing Grace” won RIAA-certified gold and in 2014 took first place in the Christian Airplay charts at the end of the year.

Passion has been around since 1997 with a desire to see spiritual awakening come to the college campuses of the nation and the world. More than a conference organization, the Passion movement is headquartered in the Atlanta suburb of Alpharetta, GA. The small Passion Team is led by Louie Giglio and operates under the direction of a Board that is committed to spreading the fame of Jesus Christ to the 16+million college students of the nation and countless others around the globe.

Kari Jobe grew up in a Christian family, her father was a priest and she came into contact with church music at an early age. Later she studied psychology and theology in Oklahoma and Dallas. In 2006 she became a member of the Texas’ Gateway Church in Southlake near Fort Worth as a co-pastor.
She has been married to Cody Carnes since 2014, and the first child of the two, a boy, was born in 2016.
In 2003 she started making her own music and recordings. At Gateway Church, she was a member of Gateway Worship, which provided music for church services and made successful recordings beyond Texas. In 2009, Kari Jobe released her first official solo album under her own name, reaching number 3 in the Christian album charts. Several songs also made it into the Christian Song Charts. In 2010, she received two Dove Awards, one for the Spanish version of the debut album, and was nominated for Best Newcomer.
Two years later followed her second album Where I Find You, which took her to number 1 on the Christian Albums for the first time and put her in the top ten of the official album charts. The Spanish version Donde te encuentro entered the top ten of the Latin charts. With We Are the album also contained their first Christian-Top-Ten-Song.

Planetshakers is the contemporary worship music band, a central part of Planetshakers Church in Melbourne, Australia.
With over 30 internationally acclaimed albums, the band tours annually to the US, UK, Europe, South Africa, Asia, South America, Australia and New Zealand and has seen a lot of success having been nominated for multiple Dove Awards.

On August 25, 2009, the album Awake was released, which entered the American album sales charts at number 2. It contains twelve songs. Hero was released as the first single on May 19, 2009 and Monster on July 14, 2009. Both songs served as title songs at WWE Pay-Per-Views. The former on “Royal Rumble 2010”, the latter on “Hell In A Cell 2009”. These songs are also included in the video game WWE SmackDown! vs. RAW 2010. The album was also released with three more tracks as Deluxe Edition. In February 2011 Ben Kasica left the band to dedicate himself to other projects. As a replacement came guitarist Seth Morrison, who has already toured with Justifide and Our Heart’s Hero. In 2017 the American Counter-Strike: Global Offensive Liga ELEAGUE used the song Feel Invincible in their broadcasts.

The 10 best Worship Songs of all time: click here